Dear Students, Friends and Readers:
I have started a series of updates to publicize those of my diligent students who are working in their art and who actually have contributed to society in the form of a CD recording or performances that bring joy and entertainment to others. I am very pleased to announce that I now working with Ed Hale of the band Transcendence. As many know, Ed Hale & Transcendence are known worldwide.

A few months ago I reveived a phone call from Ed Hale’s management requesting an appointment for vocal classes. We began on 9/18/01. He was already well known all over the world. He studied until 9/12/02 and graduated from my Courses #1, #2, #3, and half of Course #4 before he eventually moved to New York. I found him to be an unusual individual with an evolved consciousness and a desire for his music to make a difference on the life of this planet.

Even though I have had hundreds of students who will use their voice singing rock, Ed didn’t seem to fit the part. He seemed too developed a being to be a rocker. Then he gave me a copy of his CD, Rise and Shine. I listened to it very carefully and I was flabbergasted. Even though the songs are played in rock style, I could actually hear what he was singing about. It wasn’t just a confusion of noise mixed with rhythm to which the voice was an accompaniment. I fell in love with that CD.
Most rock-and-rollers have no imagination in playing rock. Since most only know three chords and play them infernally loud, the voice becomes a blur; and all this is loved by the nightclub owners, because with the people driven crazy they will buy more and more booze. Ed’s music is not that kind of confusion. You can actually sit down and listen to it with pleasure. Every song is distinct in melodic content. I call it a Concert Rock Band. The band has recorded I believe, seven CDs. You can buy them in stores or order them from CDBaby.com or Amazon.com.
Here’s what Ed Hale had to say about our classes: “Working and studying with Gil Magno is working/connecting with an aligned soul, no pretense, no compromise. He is connected to all highest ideals of man and this comes across in his teaching so you walk away from a lesson with him feeling as though you have come in contact with the highest and best in you. It is pure inspiration that lasts for many days after the lesson ends.”
[Marcus Pan, Legends Magazine]
“The musical group known as Transcendence is a tight-knit collective of some of the most notable musicians from the Miami and New York music scenes who first came together in 2000. The band is known for their reverence for melody, and an often eclectic and sometimes unnerving yet enticing tendency toward stylistic changes. “Smoothing across genres like a skater on ice, Ed Hale and company show amazing songwriting skills throughout Rise and Shine. They have just released a debut on TMG Records that is one I cannot listen to less than twice a week… Fusing such styles as brit-pop, Brazilian, rock, new wave, and classical – among others – Transcendence create a wild array of songs but somehow hold them together with left-field bite.â€http://www.transcendence.com
Magnoart Studio & Publications
Gil Magno – Vocal Coach/Author
www.GMagno.com 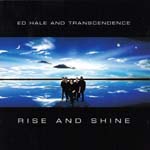