Two months after his latest hit single “Scene in San Francisco” entered the Billboard Top 30, the second from his last solo album Ballad On Third Avenue, Dying Van Gogh Records announced that Ed Hale has signed a licensing and publishing agreement with Fieldhouse Music, a division of BMG. The deal comes fifteen years and eight albums into the multi-talented New York based singer-songwriter and recording artist’s career, who has amassed a catalog of thousands of songs and had numerous placements in films, television shows and commercials over the years. John Loeffler, President of Fieldhouse Music/BMG, commented, “Fieldhouse Music/BMG is very excited about the signing of Ed Hale. He has an extensive catalog of great material and is a true talent.” Fieldhouse Music/BMG is a company that offers a new breed of music production which specializes in discovering and promoting new talent for film, commercial and TV soundtracks. Hale, who has been riding a wave of landmark successes over the course of the last two years both as a solo artist and with the rock band Ed Hale and The Transcendence, commented “The universe has been very good to us lately. I felt like I knew these guys at BMG from the first minute I walked in the door. In fact, the security guard at their office didn’t even bother to check me out or make me sign in or anything. She just looked at me and said “BMG?” and I said “Yep” and just walked right in. It was wild. Felt very comfortable. I’m psyched to see what we accomplish together.”

Ed Hale‘s latest Top 20 single “Scene in San Francisco” will be one of the featured songs during the pre-movie music soundtrack in all 256 uber-cool Landmark Theatres around the United States in the month of May. Other artists featured in May include Keane, Rufus Wainwright and Kris Allen. In 21 metropolitan cities and reaching an estimated 29.4 million arthouse Theatre diehards, if you happen to live in one of the following cities you just might have a chance to hear the song for yourself, at the movies. Cities include Atlanta, Baltimore, Boston, Chicago, Dallas, Denver, Detroit, Houston, Indianapolis, Los Angeles, Milwaukee, Minneapolis, New York, Philadelphia, San Diego, San Francisco, Seattle, St. Louis, and Washington D.C.

Tune in to Liverpool’s RadioHope 1350 radio station in the United Kingdom at 4:00 PM EST (10:00 PM UK time) to hear a one-hour live call in interview with Ed Hale of Transcendence. RadioHope is the student-run radio station of Liverpool’s Hope University. If you’re in the UK, tune in to the radio station. Everywhere else, simply CLICK HERE and listen in LIVE on the web.  Questions can be emailed in to onair@radiohope.co.uk to be answered live on the air. The very brave and adventurous can call in by dialing 011-44-0151-291-2067. 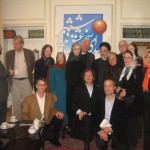 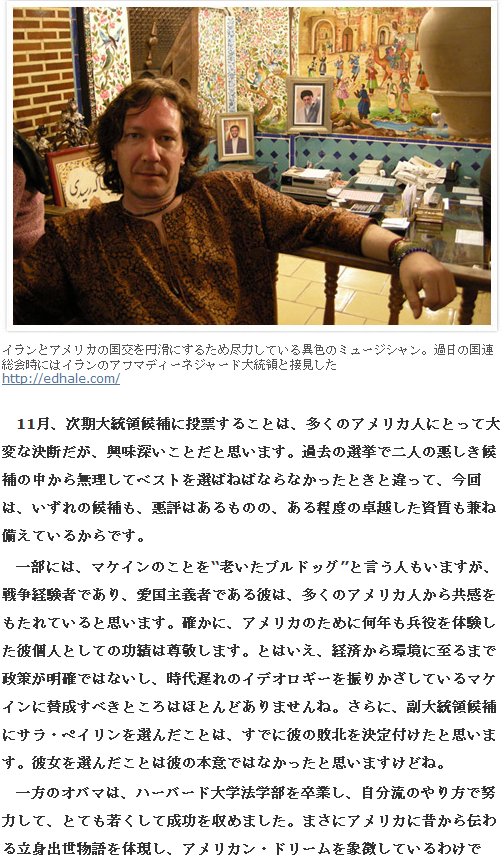 NIKKEIBP IS THE LARGEST AND MOST TRUSTED SOURCE OF BUSINESS AND TECHNOLOGY NEWS IN JAPAN. WITH DOZENS OF PUBLICATIONS AND NEARLY 600 STAFF WRITERS. MANY HAVE EXTENSIVE EXPERIENCE AND CREDENTIALS IN THEIR FIELDS. IN THIS ARTICLE, SINGER/SONGWRITER/SERIAL-ENTREPRENEUR ED HALE OF THE ROCK BAND TRANSCENDENCE, A RESIDENT OF NEW YORK, SHARES HIS VIEWS ON THE UPCOMING UNITED STATES PRESIDENTIAL ELECTIONS. CLICK HERE TO READ ARTICLE.