Ed Hale and band just announced two new concert appearances, both in New York. The Transcendence singer/songwriter/guitarist just released his latest solo album, the critically acclaimed Ballad On Third Avenue – a melodic gem and lyrical milestone for Hale that sounds and feels like an homage to getting lost and losing in the streets of New York and still coming out winning. Tour dates so far have been few and far between; even though the album stayed in the college radio charts all summer and the first single, the anthemic “I Walk Alone”, has been tearing it up on commercial radio making Hale more and more a household name for the emo set. Dying Van Gogh Records assures that Hale will add more tour dates as the album gains more traction at radio. For now fans will have to settle for the few that crop up now and then. Two such happen to be in the Big Apple. Stay tuned for additional updates.
October 2nd, 2009 Friday Night – New York City, NY USA – Fall Fest – Christ Church – 6:30 PM. Corner of 60th st. and Park Avenue. Tickets $10 at the door. Two hours of bands. Ed Hale is one of the featured artists. Band will consist of Hale on vocals and acoustic guitar, Peter Capelle on piano, and a cellist. Will perform 4 songs from new album Ballad On Third Avenue.
November 7th, 2009 Saturday – New York City, NY USA – International Pop Overthrow Festival – 3:30 PM Sharp. Kenny’s Castaways 157 Bleecker St. New York 212 979-9762 $10 at door gets you in for all acts that day and night till midnight. FULL SIX-PIECE BAND CONCERT featuring acoustic guitar, piano, cello, bass, drums, mellotron, and vocals – performing songs from new album Ballad On Third Avenue.

Singer/songwriter and longtime committed bachelor Ed Hale appears to be changing his tune. Dying Van Gogh Records confirms that Hale, 36, was formally engaged to be married on September 14th of this year to one Nahal Mishel-Ghashghai. Professionally, Mishel-Ghashghai is a chemical engineer, formerly of Microsoft, and now teaches The Avatar Course where the two are said to have met seven years ago. She is originally from the country of Iran but currently resides in the United States. Hale has long been known for passionate and emotive songs of forlorn love, longing and unrequited love and for a very public personal life, represented most notably through his online blog, the Transcendence Diaries. He is also well known for releasing songs titled with girls’ names from the seemingly endless string of public relationships he has stepped in and out of over the last fifteen years of his career. From “My Wendy” on the singer’s first album, to the minor Adult Contemporary hit “Veronica” from the Sleep With You CD, to “The Architect’s Daughter” on his latest release Ballad On Third Avenue, Hale has never been afraid to wear his heart on his sleeve; for better or worse. In the song “Girls” from the Transcendence album Sleep With You, he manages to shout out over thirty names of past flings in under three minutes and is said to be nearly finished with another new album nicknamed “The Girls Album” which features 25 new tracks, each said to be titled with a different girl’s name. Fans may recognize the name of Hale’s bride to be, Nahal, or think it subtly familiar. And they’d be right. That’s because Hale and company sing it repeatedly on the last song of the Sleep With You album, a song called “Little Tree.” The name “Nahal” literally means “little tree” in Farsi, the native language of Iran. They may also recognize her from YouTube. She is the same girl featured in the BedPeace 2008video Hale released on YouTube at the start of the New Year. In typical fashion the couple made their quiet proposal — which took place in a row boat on a lake in Central Park in New York — very public by posting photos of it on Hale’s Facebook page. Hale has been dating Mishel-Ghashghai for two years. Hale has never been married. No wedding date is said to be set yet. 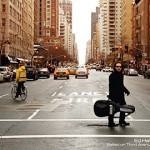