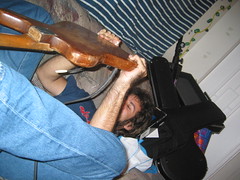 A bold and beautiful collection of post-modern garage rockers and lush seventies-style piano ballads that the band recorded in their garage studio just may be their best effort to date. And that says a lot coming from the very prolific and experimental group that features the impassioned vocals of Ed Hale and the guitar histrionics of their well known and much respected guitarist Fernando Perdomo. Nothing is Cohesive, the band’s third CD, is raw, unrefined, and surges with an honest musical sensuality that is breathtaking at times. It mixes a variety of classic and modern rock styles in a surprisingly cohesive listen for how far-out the band was willing to travel in their sonic explorations to achieve something completely different from last years Sleep With You. Transcendence has been enjoying major radio success across the country with their latest hit single “Superhero Girl,” while bridging the gap between passionate new-rock with an old-school melodic seventies rock. While their over the top electrifying live performances have been taking indie-music audiences by storm, there has been a slow-brewing flurry of anticipation over their soon to be released new CD entitled Nothing is Cohesive. The album’s off the cuff schizophrenia has been described as ‘Radiohead meets Lou Reed or somewhere in between.’ The new CD, which the band recorded in a garage studio with no producer on-hand, may be their most honest work to date.

2 Replies to “NOTHING IS COHESIVE”