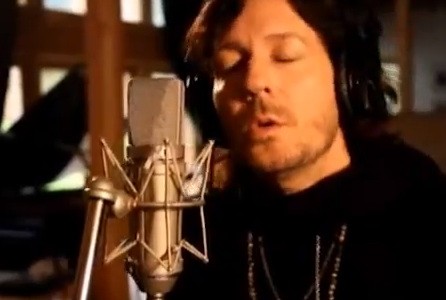 Super-fans of Ed Hale and the Transcendence mark your calendars for early March when the Showtime network’ s hit show SHAMELESS will feature “ManChildWoman” the raucous opening track from the band’s latest album The Great Mistake. The song will be featured in episode 8 of the acclaimed cult hit show and should air in early March, 2014. Check Showtime listings for exact air date and don’t forget to tweet it when you hear it.
Please follow and like us:

Ed Hale and the Transcendence Receives a Grammy Nod

It’s that time of year again. Grammy Award ballots are arriving. The last Ed Hale and the Transcendence album, last year’s The Great Mistake, made the nomination list — a first for the group — in the Best Alternative Rock Album category. Unfortunately the album did not make the final five. But it’s still a great achievement. And a memorable one. There’s always next year. The band is currently in the recording studio, where they’ve been for almost two years, working on two new Ed Hale solo albums. Tentative titles being tossed around have been Welcome to the Rest of the World and Another Day in the Apocalypse. No official release date has been set yet for either album, but at least one if not both should be released in 2014. Stay tuned for more.
Please follow and like us:

“Monday” is track #3 on the brand new Ed Hale and the Transcendence album THE GREAT MISTAKE, their followup to last year’s ALL YOUR HEROES BECOME VILLAINS. While both albums were created in the same studio during the same time frame, instead of the dark, heavy and bombastic rock opera style of the ALL YOUR HEROES album, the band went in the completely opposite direction for THE GREAT MISTAKE album. A style they casually refer to as Garage Pop or Celebration Rock, none of the 12 songs are longer than three minutes, all of them upbeat, fast paced and uproariously raucous rock’n’roll, sounding like a mash-up of seventies Glam Rock and modern Indie Rock.
Another stand out aspect of this latest album is that all the band members were encouraged to bring songs in for the band to record. They tracked the album over a three day period, learning the songs right there on the spot in the studio, usually late at night into the early morning — after the producer of the ALL YOUR HEROES album had gone home — using the studio’s interns as engineers. They’d then run the songs a few times, recording each run through until a decent take was to be had — which is what lends such a live feel and sense of immediacy to the all the songs on the album. In between tracking the songs live, they took turns adding simple overdubs like their lead and background vocals, extra guitar lines and simple percussion like hand claps, shakers and cowbell to each song. “That was the most spontaneous album I’ve ever recorded,” Transcendence drummer Bill Sommer said about the project. “I hope we do more like that.”
About “Monday”, Ed Hale has said “My whole thing about this album was that I wanted to experiment by bringing in all the songs that I would normally never try to introduce to the band because I thought they would think they were too simple or pop sounding. We started off as such a complex unit, making such complicated music… I never would have dreamed the guys would be interested in songs as simple as “Baby Bop” or “Monday”. They were like throw away songs I thought. Now this is one of my favorite albums we’ve ever made. I’m so freaking glad we recorded it and released it.”
Available now on iTunes, Amazon.com, Spotify, Pandora and wherever you get your music fix!

After two stellar performances at this year’s CMJ Music Marathon in New York City,
Ed Hale and The Transcendence have released their latest album, THE GREAT MISTAKE.
Now on iTunes, Amazon.com and anywhere music is sold!

THE BRAND NEW ALBUM FROM ED HALE & THE TRANSCENDENCE HAS JUST BEEN RELEASED!

Less than six months after his two Billboard Top30 hits “Scene in
San Francisco” and “New Orleans Dreams”, Ed Halereunites The
Transcendence and returns with a full-band album that takes a
sharp turn from this year’s earlier acoustic pop-ballads by releasing
the group’s much-anticipated new album THE GREAT MISTAKE!
The album is an indie-rock/garage-pop lover’s feast, debuting at #16
on the CMJ Most Added Chart this week and collecting spins on
hundreds of college radio stations all over the country. It features 12
songs in total including the singles “I Remember You“, “Baby Bop“,
“Monday” and “Hot Down“.

Click on any song to listen on iTunes! To preview a song, mouse over the title and click Play.
Open iTunes to buy and download “The Great Mistake”.

DOWNLOAD MP3S OF THE ENTIRE ALBUM OR PURCHASE THE PHYSICAL CD ON AMAZON.COM

Join Ed Hale & the Transcendence to help St. Jude Children’s Hospital and get a free download of their first single “I Remember You” from their new album THE GREAT MISTAKE — AND receive a coupon from the uber-hip clothing design house Hurley. Donate any amount from $5 to $20 to receive an exclusive free download of the brand new song and get a free coupon from corporate sponsor Hurley. Watch this two minute video for more details! 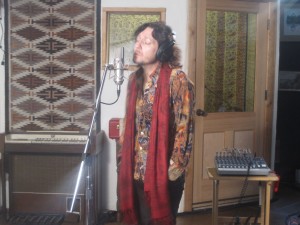 Singer / songwriter / recording artist Ed Hale‘s latest single “Scene in San Francisco” from his current solo album, Ballad On Third Avenue, quickly climbed atop Billboard’s Top 40 in the Adult Contemporary format reaching #25, making Hale the #1 Most Active Independent Artist eight weeks straight. The song also reached #13 on FMQB’s Adult Contemporary Chart. His alter-ego, the Britpop/Indie-rock outfit Ed Hale and the Transcendence just released their fifth album, the epic rock-opera styled All Your Heroes Become Villains to widespread critical acclaim. It debuted at #16 on the CMJ Most Added Chart and continues to garner new fans on college radio as well as commercial Modern Rock stations.
Hale took some time out of his busy schedule to sit down and answer 20 questions. 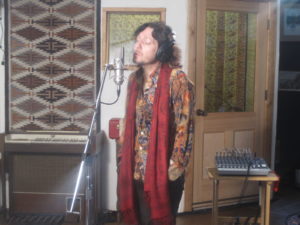 One New Single, TWO New Albums and a New Tour Announced for Ed Hale
Posted on June 19, 2012by Dan Harr in Music News Nashville
Modern rocker turned Adult Contemporary star Ed Hale has been feeling the love of thousands of new fans since he set the “Scene in San Francisco”—his most recent hit single which reached the Top 15 on the FMQB AC40 Chart and Billboard’s Top 30. They’ll no doubt be joining him in spirit as he takes a solitary stroll on “I Walk Alone,” the new single from his solo album Ballad on Third Avenue.
The brand new digitally remixed and re-mastered radio version of the moody, melodic pop-rock anthem — which differs significantly from the track that appears on the album–will be released to iTunes on the same day (July 9) it hits radio nationwide. “New Orleans Dreams,” the first single from Ballad on Third Avenue, also hit the Adult Contemporary Top 40 climbing to #10.
Those who have followed Hales’ extraordinary career over the past decade know that he is not just about those soaring ballads. His band, long time indie-rock stalwarts Ed Hale and the Transcendence, are releasing yet another new album less than nine months after last year’s rock epic All Your Heroes Become Villains.
Songs from the oft rumored about and much anticipated bubblegum pop/indie garage rocker The Great Mistake have been making rounds on the internet for years, but it will finally see an official release by mid-summer. “This isn’t exactly a ‘made for commercial’ kind of thing,” Hale says, “it’s loose and raw. But it’s one of our all time favorites as a band and we figure if you can’t make the kind of music that gets you off, then why make music at all?”
Hale and his band will soon embark on a ten-city tour that will feature songs from both Hale’s solo albums and all the Transcendence albums. The shows will feature the entire crew of Transcendence alumni reunited and playing on stage together for the first time since 2008.
The tour kicks off with a homecoming show at the Gibson Showroom in Miami before heading to other Gibson Showrooms in nine major U.S. cities, including New York, Los Angeles, Austin, Seattle, Las Vegas and Nashville.
Ever the prolific musical over-achiever, Hale is also currently working on a new solo album due out in early fall. The project is being produced by Ex Norwegian frontman (and Transcendence bassist) Roger Houdaille and features contributions by all the usual members of Transcendence and honorary members of the band.
Hale is recording the as yet untitled collection at The Shire and Bear Creek Studios in Seattle, where many notable artists have worked over the years, including Fleet Foxes, Train, Soundgarden, Nirvana and The Foo Fighters. The singer is so far mum on the overall vibe of the album but is thus far telling fans it will be “more electric and upbeat glam-pop than the last one”—consistent with the Brit Pop influence of his recordings with the Transcendence.
Bear Creek Studios engineer Jake McCaffray recently commented, “Ed Hale’s bareboned and hyper creativity is thrilling. It’s an honor being a part of putting it to record.”
Please follow and like us: